The birth of TWO panda cubs

Great news at Beauval: not one but TWO panda cubs were born on the night of August 2 2021! They are twins! This is extraordinary news for the conservation of this species, four years after the birth of Yuan Meng, and a joyous occasion for the whole of Beauval!

Huanlili, born August 2, 2021, is visible to the public. You can admire it in its outdoor space, located in the Heights of China, from 9 a.m. The duration of the exit varies according to its behavior. It is otherwise visible in the gallery of pandas, through large bay windows.

Yuandudu, born August 2, 2021, is visible to the public. You can admire it in its outdoor space, located in the Heights of China, from 9 a.m. The duration of the exit varies according to its behavior. It is otherwise visible in the gallery of pandas, through large bay windows.

The every day life of our Twins on screen

Any questions about the panda cubs?

But why is it complicated to breed pandas?

A summary of the process

The first 12 months of a young panda’s life…

A panda cub grows and matures quickly from the day it is born to its first birthday. Its development is both speedy and fascinating!
Here are a few stages in the growth of this young ursid, including the appearance of its characteristic black hair, learning to walk, its first acrobatic feats, and playing with its mother… 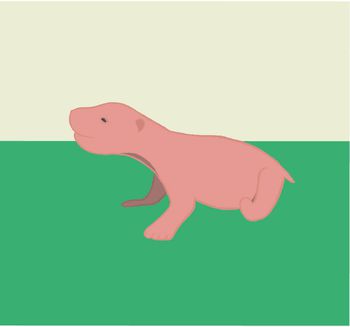 It weighs 100 g and measures only ten centimetres long. It is small, blind, and pink, with very little fur. It is unable to move. 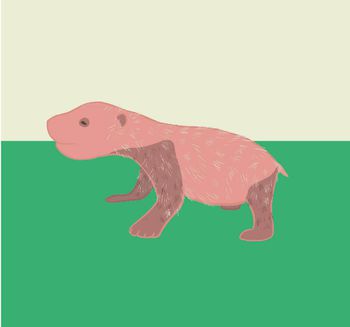 Black fur begins to appear on the skin around the eyes, ears, and shoulders. 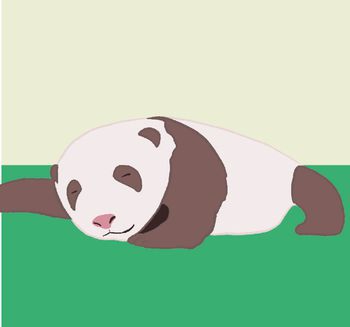 Its black fur has fully developed, and the cub is starting to crawl. 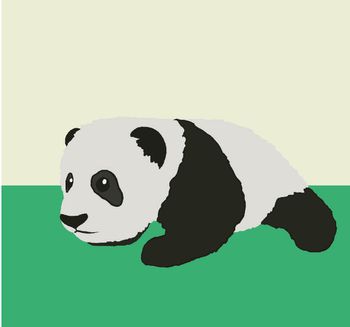 It weighs about 5 kg. It can walk about 1 metre and it now has better hearing. 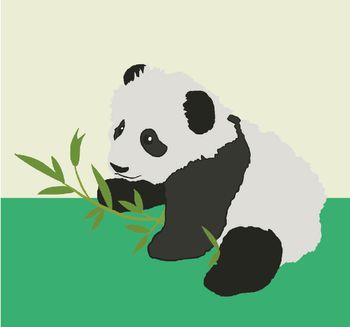 It can run a few paces from the age of four months and enjoys playing and rolling on the ground. At 6 months old, it begins eating bamboo and playing with its mother. 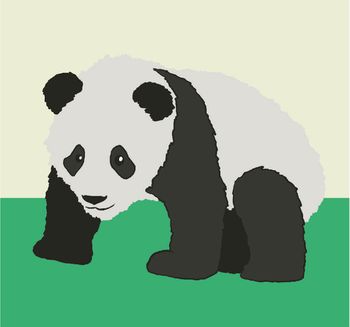 It weighs about 30 kg and becomes independent.

Who is Huan Huan?

Huan Huan, a female panda, was born on August 10, 2008 in Chengdu, China. When she was about 4 years old, she was entrusted by the Chinese authorities to the ZooParc de Beauval, the aim being for her to give birth to one or more cubs. She and Yuan Zi, the male, arrived in January 2012. This was a fantastic expression of confidence in Beauval’s ability. Five years after her arrival in the “Heights of China” territory, she became a mother for the first time. She gave birth to Yuan Meng on 4 August 2017. This was a joyous moment at Beauval!

Like any panda, Huan Huan has a great zest for life… which essentially consists of eating large quantities of bamboo each day, relaxing, cooling off, and playing. As the panda is a solitary species, Huan Huan lives alone most of the time except for the first few months following the birth of each cub. Being an attentive mother, she looks after her cubs very well until they reach independence at around 2 years old. Huan Huan brings great joy to our visitors who love her expressive eyes and her behaviour which is quite comical at times. Huan Huan, which is written as 欢欢 in Chinese means “welcome and great joy”.

Born on 6 September 2008, Yuan Zi, our breeding male, is now 13 years old. He also comes from Chengdu and arrived at the same time as Huan Huan, the female, in order to fertilise her and ensure the continuation of this lineage. Which was accomplished in 2017. Being solitary, the male is only brought into contact with the female during her ovulatory peak, i.e., for 24 to 48 hours per year. This is obviously a very short period.

Like Huan Huan, Yuan Zi enjoys life in his vast, shady, wooded enclosure. He has a hearty appetite and enjoys long naps, sometimes whilst sat at the top of a tree. His name means “the son of the round-headed one” and is written as 圆子 in Chinese. Being very fond of photographers, he will readily pose, allowing himself to be captured in some rather amusing positions. It is not unusual to observe him with his legs in the air and his head lolling back!

Yuan Meng, the result of the union between Huan Huan and Yuan Zi, celebrated his 4th birthday on August 4th. His birth in 2017 was a huge event as he was the very first giant panda cub born in France, with Beauval being the only zoological park to house giant pandas in France. It also provides a great deal of hope for the conservation of certain threatened species, by showing the world the ability of animal parks to successfully reproduce such animals, however complicated it may be.

Yuan Meng - written as 圆梦 in Chinese and meaning “the fulfilment of a dream, a wish” - is a lively young teenager weighing over 100 kg and is almost fully grown. He lives separately from his parents, as is natural. His days are characterised by long periods of feeding, relaxing, and playing. He thoroughly enjoys using the equipment in his living space such as the slide, perch, and ladder…

Relive the highlights of the panda saga

In January 2012, the two giant pandas, Huan Huan and Yuan Zi, arrived at the zoo having been entrusted to Beauval by China. It was an event of both national and international significance! Considered as “national treasures” in China, they landed in France with great pomp and ceremony after a special Fedex flight and then arrived at Beauval to the acclaim of the public and the authorities. The level of emotion was overwhelming! Media coverage was also exceptional with no less than 150 journalists awaiting them!

Huan Huan and Yuan Zi quickly became the “stars” of Beauval and the public flocked to see them. Their popularity has remained constant for almost 10 years. In fact, it even intensified with the birth of their first cub, Yuan Meng, born on 4 August 2017! His birth was a first for a French zoo and was widely celebrated both in France and internationally. And four years on, history has repeated itself! 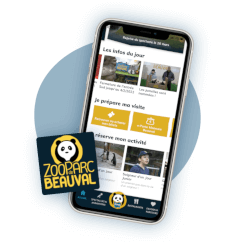